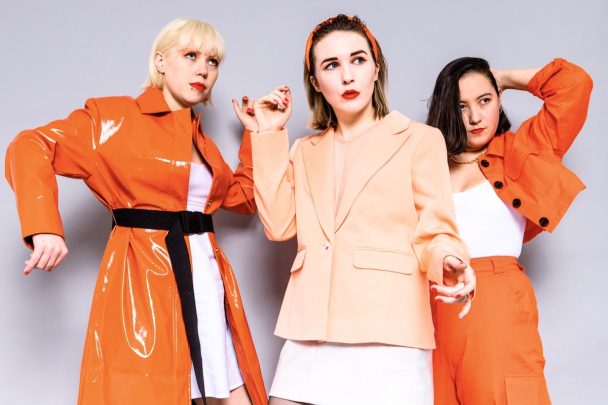 The Manchester group PINS released their sophomore album, Wild Nights, way back in 2015, which we named our Album Of The Week back then. They released an EP in 2017 that included “Aggrophobe,” a song they made with Iggy Pop (they returned the favor on his own “James Bond” last year).

Today, they’re back with a brand-new track called “Hot Slick,” which was produced by the Kills’ Jamie Hince. It combines disco smoothness and crunchy textures with a frantic hook: “Get away, get away, I’ve got to get away.” Check it out below.